"You be the judge" - A New Blog from Chris Krych

I have been running the Chris Krych blog on his behalf for about 2 years now, and now there is a new blog that will be specifically for the legal work of Mr. Krych and his new TAP group. The new address is here:

In the initial entries, Mr. Krych gives us the tale of his two pending criminal cases from 2011. Krych has been a staunch opponent of double bunking at Moose Lake since he was twice assaulted by a cellmate. He was told the only way he would get a room to himself was to get a write-up. So he broke windows on two separate occasions. But instead of a mere disciplinary, Krych was charged in real criminal court with destruction of property. Mr. Krych argues he was entrapped.

Thus, he is asking you, the reader, to judge his case. I'd like to point out that after each incident, Mr. Krych cooperated with staff and did not resist. He even neatly packed his meager belongings in anticipation of his move.

Also, of interesting note is the condition of the civil commitment center. The evidence files give us a rare look inside Moose Lake Civil Commitment Center. Is it really a treatment center or a prison? You be the judge.
Posted by oncefallendotcom

Email ThisBlogThis!Share to TwitterShare to FacebookShare to Pinterest
Labels: New Blogs, You Be the Judge

In Chris Krych's latest letter, I was told he is a part of a "Facility Advisory Council" and those forced to reside in Moose Lake's facility are fighting for the right to assemble and make proposals. This article "TAP 4 Life" is part of this new project.

There may be a new blog to handle TAP articles, so stay tuned for more info. 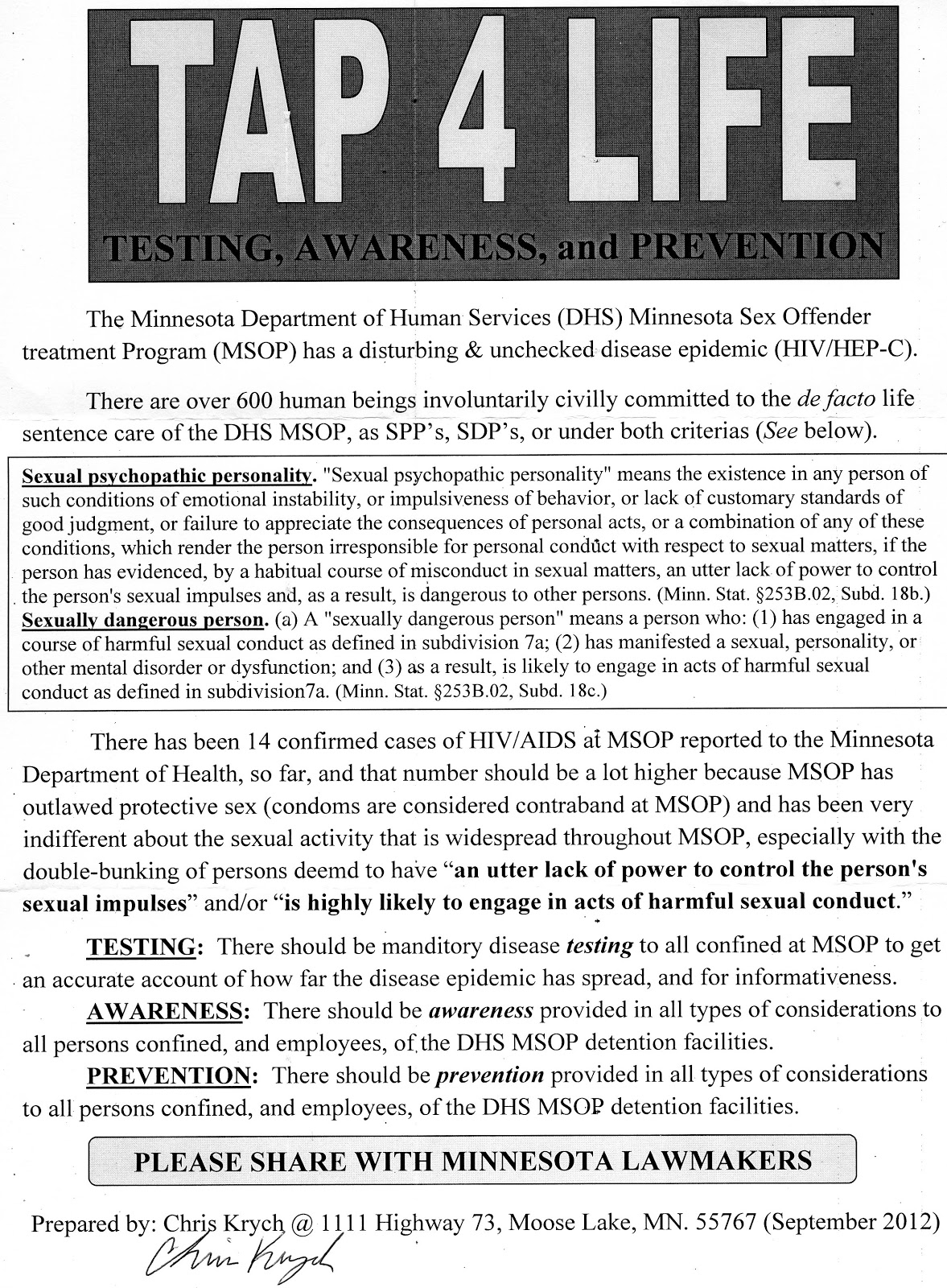 The latest from Mr. Krych. The title says it all. Some other people are engaging in "boiled crab syndrome"-- in desperation, some people are pulling others down to get out of the boiling pot. 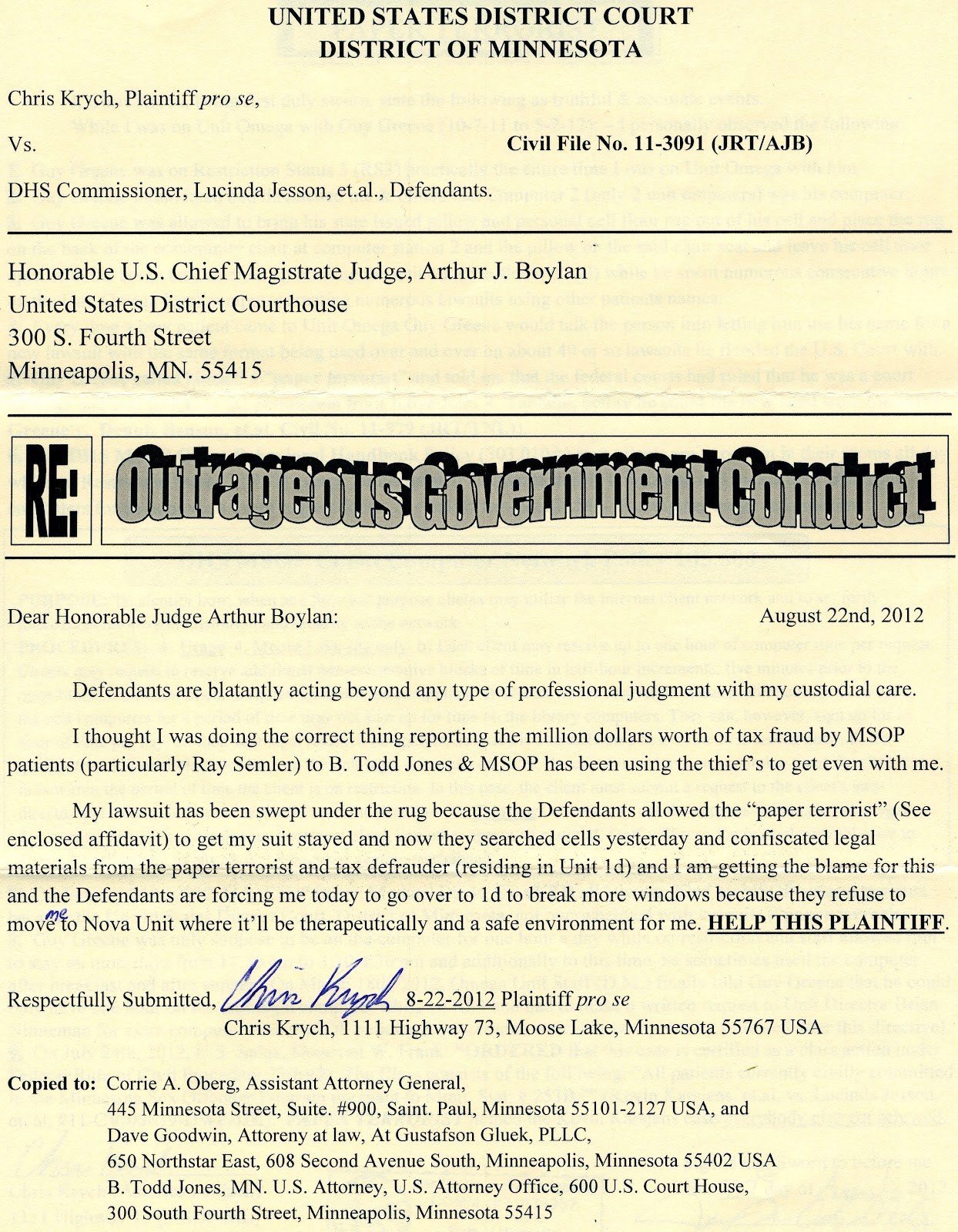 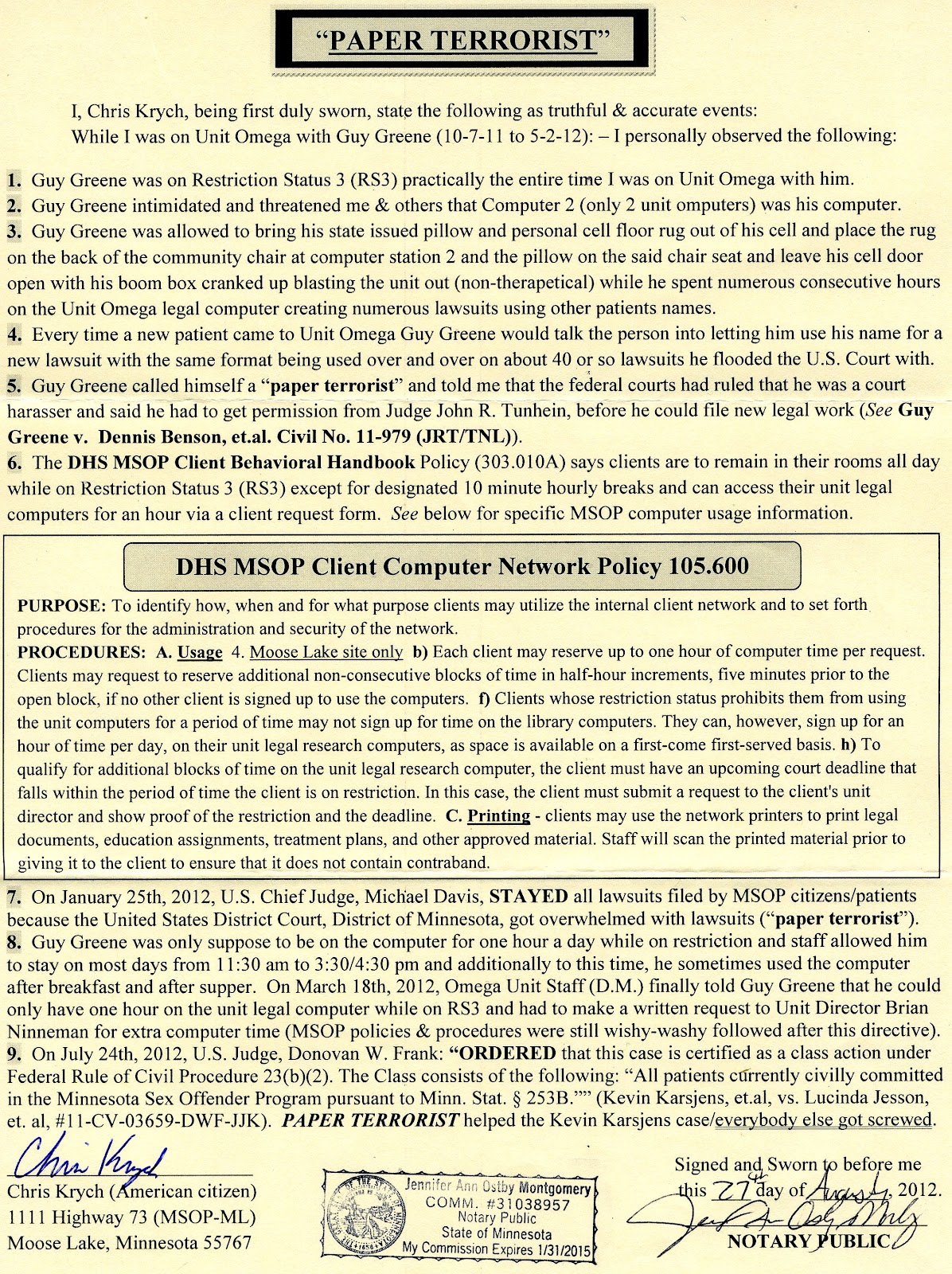 Email ThisBlogThis!Share to TwitterShare to FacebookShare to Pinterest
Labels: Complaint

Krych's latest piece, this is the one I was unable to get up before my scanner went bust. As always, click the imageto see it in full screen. 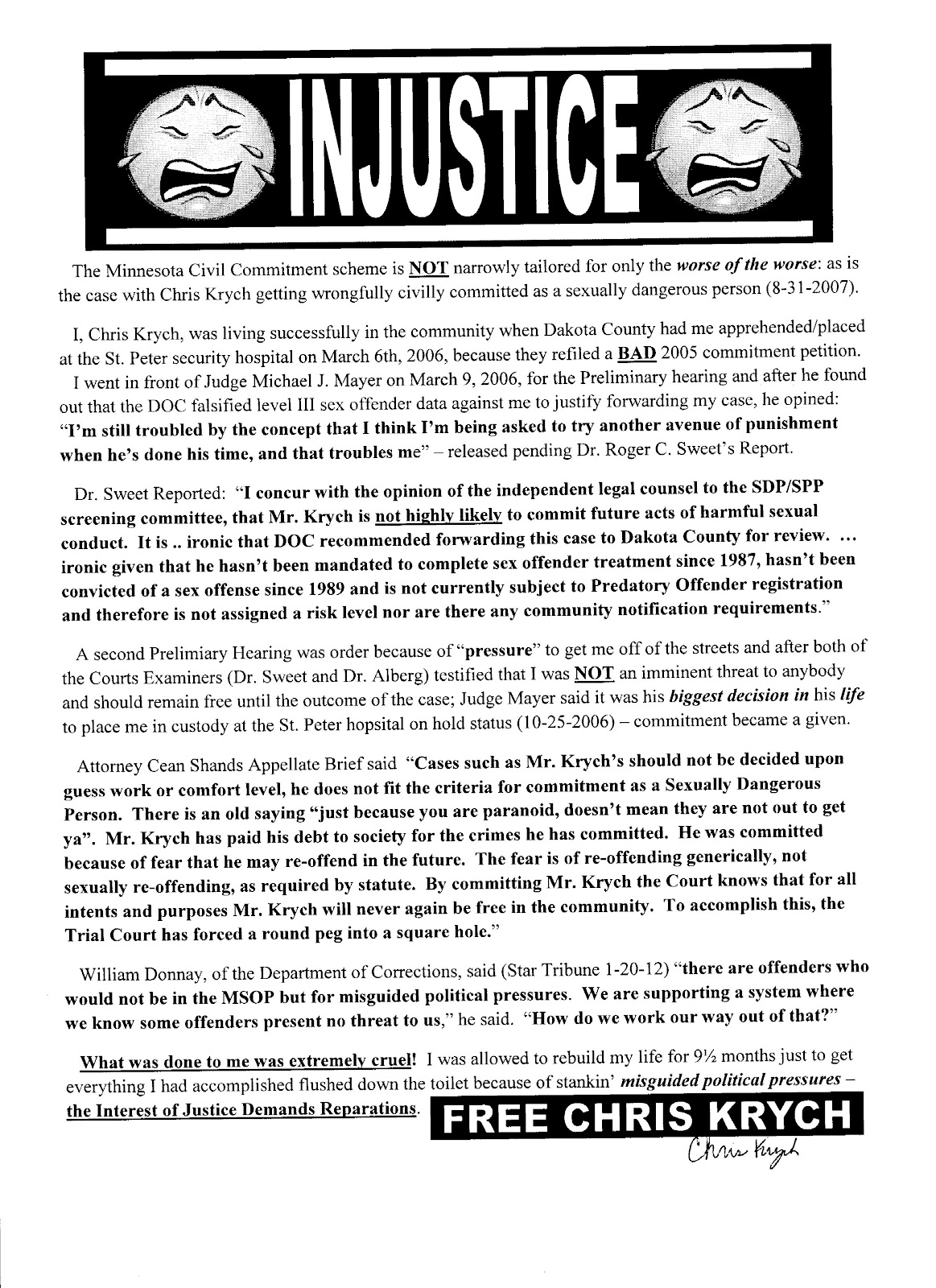 As the MSOP looks to release it's first inmate from the Moose Lake facility, I am adding the latest report from Krych. The latest is a commentary and an update on a suit filed by those in the program. 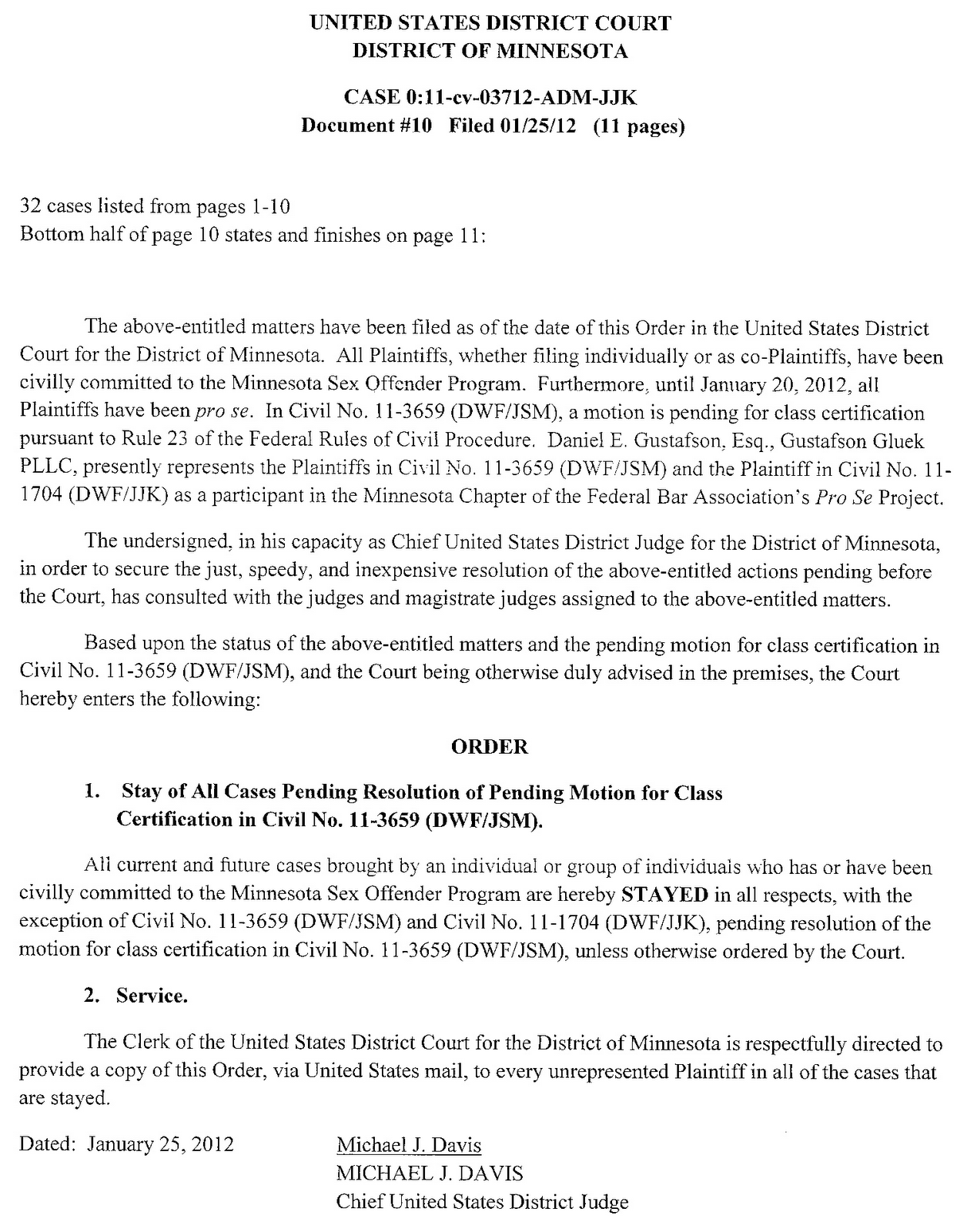 I had forgotten to post these up because I wanted time for the last letters to be read. These two illustrate the difficulties he faces in determining which particular individual is the most responsible for violating his human rights. 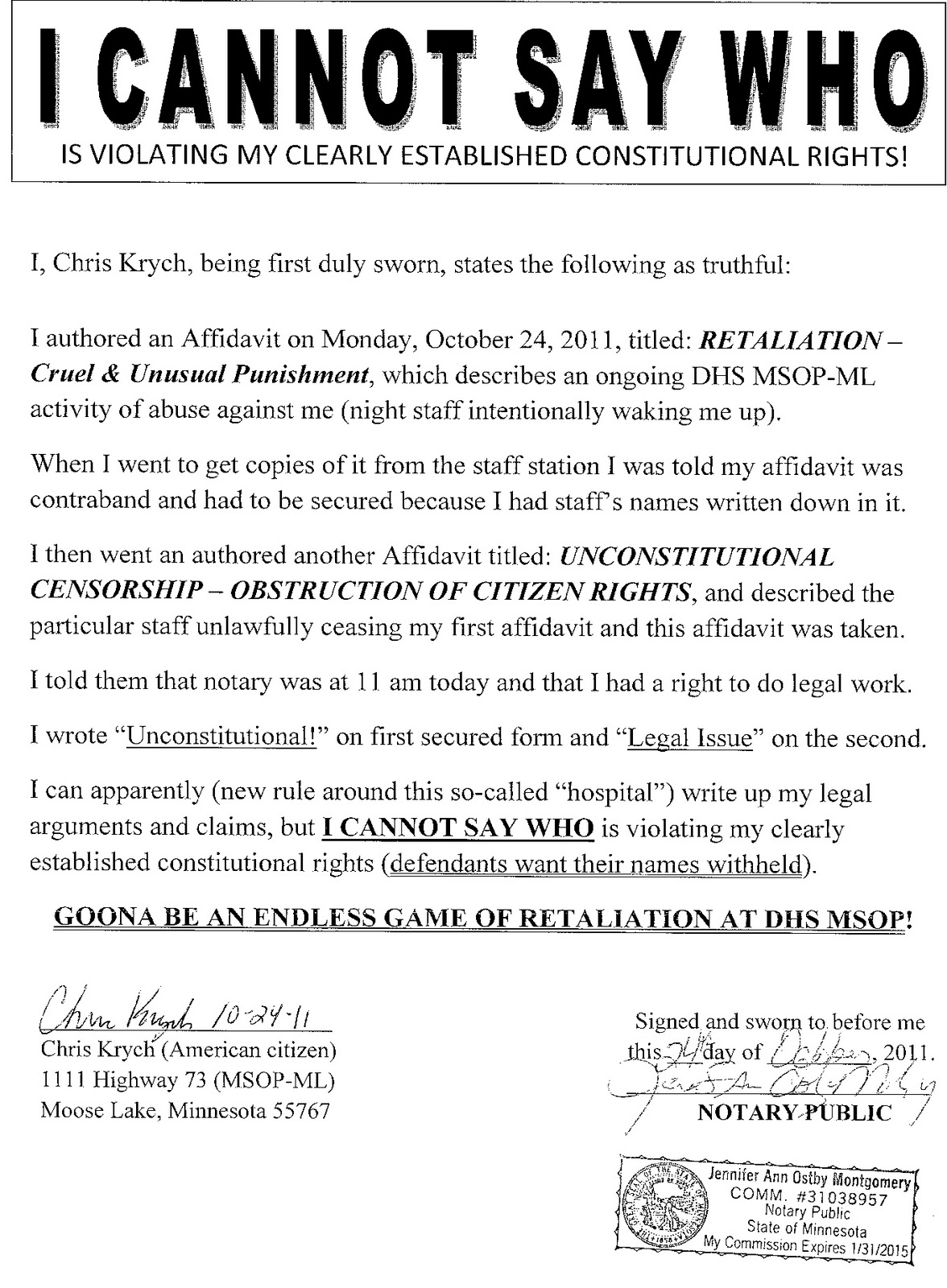 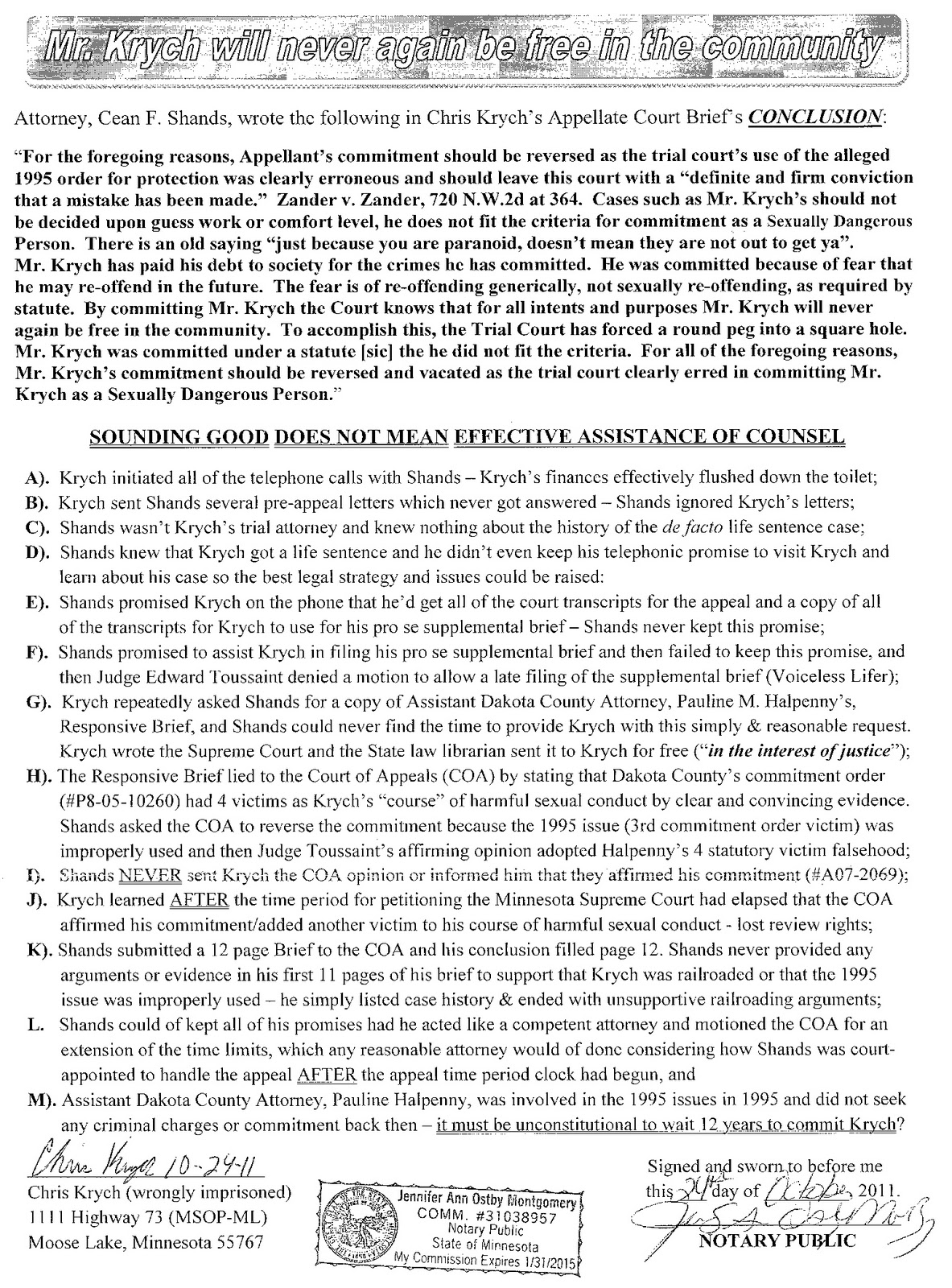